The History of Corfe Mullen Carnival

In the late 1950s a very dedicated music teacher, by the name of Kathleen Gartell, founded the Corfe Mullen Youth Orchestra. Kathleen held fetes and garden parties in order to raise funds for the orchestra, so that the group could practice and learn in the living room of her home on Wareham Road. At one point she even sold her three piece suite to make way for the orchestra! 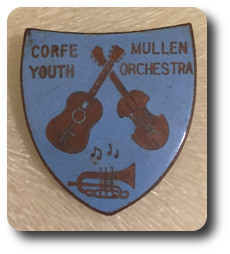 Children from all over the area came to learn to play music and Kathleen soon became affectionately known as the Pied Piper.

Over many years, Kathleen trained thousands of pupils, some of whom have gone on to make their name in the world of music. She trained Robert Fripp of King Crimson, Royston Nash - Musical Director of the D'Oyly Carte Opera Company and Lt Peter Heming, Director of Music with The Band of the Royal Marines.

It was to be in 1967 that Kathleen had the brainchild of starting Corfe Mullen Carnival, so she could raise funds to pay for instruments for the children to learn on. Over the years since then, the Carnival has helped raise thousands of pounds for local and national charities and good causes, something that the late Mrs Gartell would surely have approved of.

Back in the early years of the Carnival, a day was set by that would enable the village to come together and celebrate our community, but all this was to change in the Millennium year. Thanks to one of the Carnival Committee hearing that there was an 'Awards for All' lottery programme, the committee applied for (and were successful in securing) funds to turn Carnival Day into Carnival Week.

Because of this funding Corfe Mullen Carnival is in its current format. The celebrations begin on the Thursday prior to Carnival Day with the Carnival Pub Quiz held at The Dorset Soldier in Corfe Mullen. Other events have previously included a Sunday Funday, Youth Talent Competition, Skittles Evening and Karaoke Night. New ideas are always being put forward, and if any one should have any ideas they would be more than welcome.

On a more sporting front, 2004 saw Mike Bruce of the Hamworthy Harriers Running Club approach the committee with the idea of organising an adult and children Fun Run. This was a tremendous success and now plays a major role in raising funds for our charities.

Most recently, as we have moved into the age of social media, we have launched our own Facebook page, which you can ‘like’ to follow and be kept up to date with all that is happening with Corfe Mullen Carnival.

So, you may ask yourself, what's in store for the future of Corfe Mullen Carnival? Whatever lies ahead, you can be sure that through the goodwill of sponsors, local businesses and the generous residents of Corfe Mullen, this well supported annual event is sure to continue for many more years to come.

In 2016, between 4,500 and 5,000 people attended the carnival. This provides a unique opportunity to promote your business to local residents whilst also supporting good causes.

In the past decade we have donated over £40,000 to good causes, we couldn't have done this without the support of our sponsors.

See our Sponsors page for details of how to apply.